Sometimes you find a place that has been calling you towards it your whole life. A landscape that has lived within you since the beginning of time. It feels inscribed in your soul. You arrive there and you find a lost part of you.

I arrived on the Black Isle in the dark, in a snowstorm. The signs were blanketed white. I had to wipe them with my coat to read them. I still got lost. But I could smell the sea and she pulled me towards her. I had come to meet Sundance.

An old, husky voice was telling a ghost story on the radio. The snowflakes were falling fast and thick. I thought of all that miraculous beauty beyond my vision, and I thought of bed. I wanted carried there. I phoned my hosts for directions, left my car at the top of a hill and crunched on down through the snowstorm.

Jenny was waving on the track with a lantern and two dogs. The dogs led us through the dark. I soaked in the silent hug of trees; the rustling of creatures; an owl hooting. But the Black Isle was shrouded in the mystery of night. The deepest night. Pierced only by the moon and a hundred thousand stars. The handmade yurt glowed amber across a field of snow.

“You’re our last guest. We’ve taken the other yurts down for the winter.”

Jenny told me. So it was me and the woods.

I did. The dogs ran in and pranced. Jenny called them away and left me for the night. She’d lit a fire in the stove and filled two water bottles. I put some logs on the fire and climbed into bed. The stars winked through the skylight.

A friend surprised me with the trip for my birthday. The destination was a synchronicity. My beloved friend, who knows me so well, knew nothing of Sundance or my connection with dolphins, when she led me to a village nestled on a point off the east coast of the Scottish Highlands, where his pod come to feed and play.  I hadn’t thought of him in decades.

For any number of unseen reasons, at the age of ten, I saw a magazine ad. and nothing was going to stop me from adopting Sundance. I raised money for his charity and tacked photos of him to my walls. He helped me break through them. As we grew older I came to call him the Sundance Kid. Then I left home and forgot him. He’d seen me through a transformative time. I hadn’t realized he’d helped me recover from my first dance with doom.

I woke at 4am, shivering. The fire had gone out. My hands were like ice blocks, I had no firelighters and couldn’t get one started. I’d first learnt to build a fire last year, and clearly not very effectively. I marveled that of all the things I’d learnt in my life up to now, I hadn’t been taught this basic survival skill, handed down before words, before language. I got the flames going and lost myself in their ravenous tongues, the sonorous crackling of wood, the heat, the heart of the dance, the light, the lion, the phoenix. It was the element I’d been the coyest with. The one that burned in my shadows.

At 5am I walked out into the mystery. The sun was rising from the ocean at the foot of the hill, casting pink and apricot rays across a wonderland. The tree branches glowed gold, baubled with snow clumps.  I meant to find Sundance but I lost myself to the beauty of the dawn, the countryside lit by a glow that parts veils. I befriended some horses and met Jenny on the track. Her dogs leaned out the back window of the landrover, eyes full of love.

“I’m off to find my highland cows. Haven’t seen them in a week.”

She said, smiling, and drove off. Driving the other way was not going to happen, as I discovered. So I set off on foot, through a world blanketed white. I met horses at every farmstead and a brother and sister putting the eyes on a snowman. The girl plonked herself in the snow and started swinging her arms and legs.

“I made a snow angel”

She declared, over the moon.

I wandered into the fairy glen by accident; a dream of native trees, birds and cascades. A river ran deep in its valley, winding its way under bridges of fallen tree-trunks caked with snow. A heron perched, like a guardian, in a tree above a lake, swooping down and crossing each time a mortal passed. Orange leaves spiraled through the air and landed silently. Snowflakes melted on the ferns. A robin found me at the falls and hopped closer, settling at my toes and tipping his head. He fluttered onto a branch studded with silver coins, where bark grows over the wishes left for the waterfall.

I passed days following the river and climbing through coves, watching the ways of the seabirds. Robin was my loyal companion, popping up everywhere I went and enchanting me. He was there at the lighthouse every high-tide, where I waited in the snowstorms to see Sundance, who didn’t come.

“You’ll see them in the summer.”

The friendly locals kept telling me. But my trip started with a rainbow and I thought differently.

In the evenings, I fetched firewood and water, played music and sketched under candlelight. I cooked and got to the know the fire, how to tend it, how to feed it. Play. This was Sundance’s gift to me. Play was the gift of the cheeky robin, who kept me at the point, in the rain, for another ten minutes, just long enough to see a single dolphin diving through the waves in the distance.

“You can discover more about a person in an hour of play than in a year of conversation.” – Richard Lingard

+There are no comments 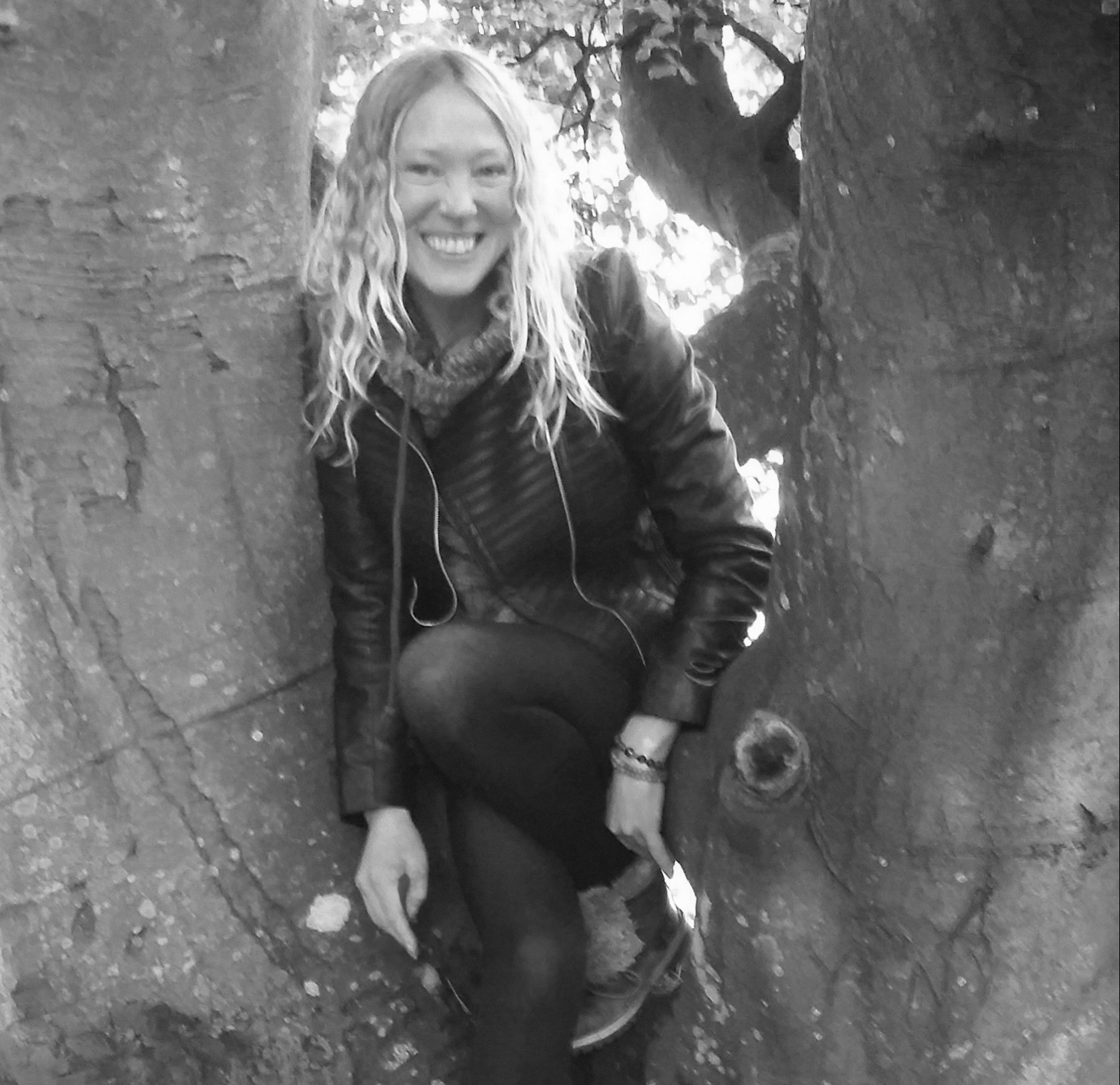 Gayle Baird – a writer, artist and healer based in Edinburgh, Scotland.

I am moved by the spirit of the lands, the beauty in stillness, the magic in gentle attention.  I am led by big passions, quiet whispers, synchronicity, the delight of absurdity and small moments of mystical beauty. I aim to inspire others to embrace their uniqueness, follow their inner wisdom, love unashamedly and live creatively.

I hope that by confiding in you my stories of discovery and misadventure; and my perspectives of this wonderland we share, I can offer a place of curiosity, an expression of honesty; a word or image that moves, uplifts or inspires you and opens the heart to beauty.

I’m currently writer in residence at The Red Shed, a beautiful permaculture forest food garden in Coldstream, Scotland. I’m also working on my upcoming book, Cinnamon Journals, the story of my journey to mental wellness through plants, vines and shamanism.